You killed 8 of our members when they tried to resist you from changing the results, you can't run away from that — Asiedu Nketia to EC 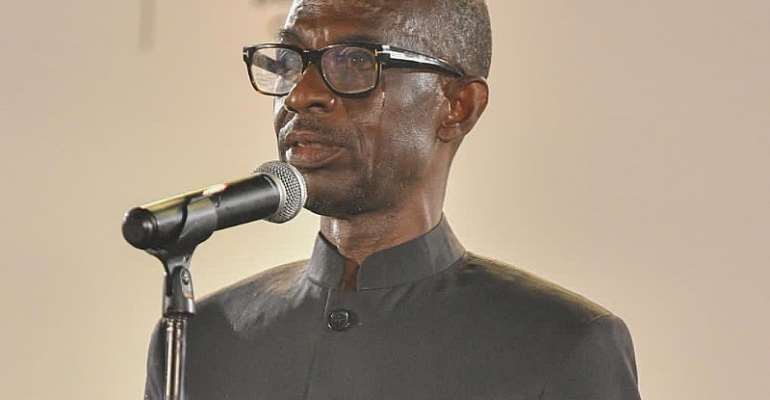 The opposition National Democratic Congress (NDC) says the Electoral Commission (EC) cannot absolve itself of any blame following the deaths recorded in the 2020 general election.

Addressing a news conference in Accra on Thursday, Mr Johnson Asiedu Nketiah, the General Secretary of the Party, said the Commission's posture before and during the elections was a major contributory factor that led to the deaths.

This comes at the backdrop of recent comments by the Commission that it could not be held liable for the violence that ensued during the conduct of the elections which led to the deaths of some eight persons.

The Commission had said it was not responsible for security even though it collaborated with the security agencies under the platform of the Elections Security Taskforce and therefore, attempts to lay the security lapses at its doorsteps was unfortunate.

Mr Nketiah, however, said comments from the Commission were shocking and unfortunate considering that it was the failure on its part to put in place adequate measures to protect the lives of everybody that led to the violence and subsequent deaths.

He explained that the EC and the Ghana Police Service were in charge of the National Election Security Task Force responsible for all security arrangements for the elections.

“Indeed, the person in charge of security at both the collation center and polling station are the returning officer and the presiding officer, respectively, both of whom are officials of the EC.

“The NDC and other observers have incontrovertible evidence that it was the conduct, inaction and determination by various EC officials to subvert the will of the electorates in the various constituencies and the subsequent demands of the NDC representatives that the right thing be done that led to the horrific killing of eight of our compatriots. The EC can therefore not extricate itself from the complicity in the needless loss of lives witnessed in the 2020 elections,” he said.

Mr Nketiah called on the new Inspector General of Police to initiate investigations into the circumstances that led to the deaths of the eight persons and bring justice to them and their families.

The General Secretary said the assertion by the Commission that the 2020 was the most transparent, credible and successful in the country's history saying was not true; “How can a successful election lead to the deaths of eight innocent Ghanaian citizens.”

He urged the Commission to accept the lapses that occurred in the 2020 elections and work towards improving its image, to enable it to regain confidence of Ghanaians and all stakeholders.

“They must immediately revert to the posture of accommodation, tolerance, consensus building, respect for stakeholders and political transparency exhibited by their forebears,” the General Secretary added.

He assured of their preparedness to engage the Commission and other stakeholders to reform and improve on the conduct of future elections.

Listen to family advise and retire from politics permanently - Fixing The Country...

Kennedy Agyapong breaks ground for the Cardio Centre at...

I won’t cancel allowances for teachers, nurses if I win...

Mr Herbert Mensah, President and Board Chairperson of Ghana Rugby, has issued letters...

The Ghana Medical Association (GMA) has pledged its unflinching support to the government...

Black Stars striker Jordan Ayew has said that he has changed his approach towards...