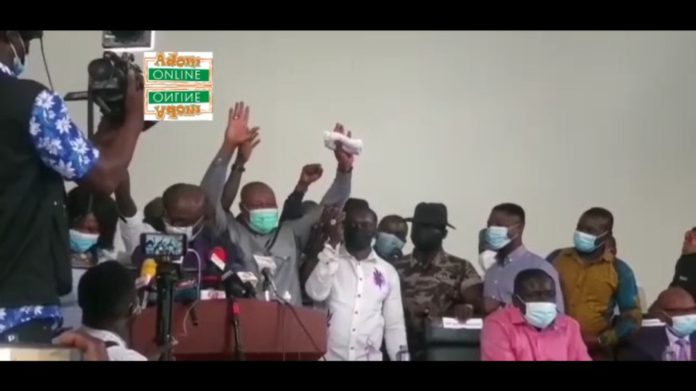 Presiding Member of the Kumasi Metropolitan Assembly, Stephen Ofori, says drastic action will be taken against the new City Mayor if he doesn’t take the necessary action to get the government to clear the Assembly’s 50 million cedi debt.

The government reached an agreement with the leadership of the Assembly to pave the way for the endorsement of Sam Pyne as Metro Chief Executive.

The assembly members had threatened to vote against the President’s nominee if the debt was not cleared.

Mr. Pyne, in his acceptance speech, indicated readiness to partner all stakeholders for effective management of the city.

Thank you for picking our daughter– Komenda queen mothers...

The Western Region of Ghana is now the hotspot for the COVID-19 pandemic, the Director-General...

President Nana Akufo-Addo has extended the ban on public gatherings by an additional...

Coronavirus: Uefa update due on Tuesday on plans to finish...

Two of Rev Owusu Bempah’s men ‘on the run’

An artist whose obsession with Jackie Appiah led him to draw the actress has become...

The story so far, Apam drowning